I have friends, a married couple, who for years have stubbornly argued over the question of whether different shapes of pasta actually taste different.

She, the more sensory-driven and less logical personality, is adamant that this is the case and that every type of pasta triggers a subtle flavour difference, its own unique taste signature. He, an avowed atheist and arch-sceptic of anything that remotely smacks of magical thinking, denies that such a thing is even possible.

Being a pasta fanatic and having tried nearly every nomenclature of noodle, I see the validity of the question as well as both sides of the debate. And much to their chagrin, I have never taken sides. But as I’ve mulled the issue further I’ve grown to sympathize more with the perspective of the Mrs. There is something at play between a pasta’s shape and its taste.

Here’s an explanation, after which I’ll get into why this interests me at all:

A pasta’s shape—whether rigatoni, angel hair, or elbow macaroni—will create a slightly different eating experience. And that, in turn, will affect the way we perceive flavour, because more than just taste alone is involved in how we experience flavour. Texture, shape and consistency, we are told, alter how a thing tastes.

Rigatoni’s ridges, thickness and tubular shape, and the way it holds the sauce, will register in the brain differently as we eat, then say, angel hair, which will have a completely different sensory impact. Even the way those pastas look on the plate and how you attack and chew them will also change the overall eating experience from one to another.

The result of these differing factors seem to be that our perception of flavour is transformed ever so subtly from one to the next. It is as if it we experience a minor form of synesthesia—the ability to register one sense through another. In this case, it would be an ability to actually discern a slight taste sensation from shape. More people than just my friend’s wife have remarked on this phenomenon, which does on the surface seem to defy logic. 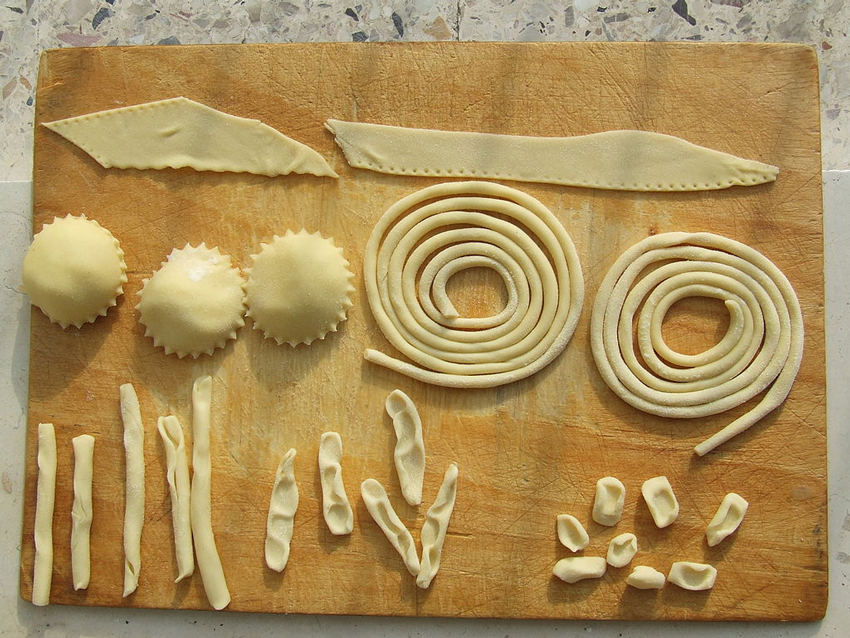 Why does this absurdly narrow and seemingly insignificant question matter enough to warrant mention at all? Because it illustrates, albeit on a smaller scale, the importance of context. When one factor in a set of factors changes, even the tiniest one, the whole is transformed as a result.

Returning to the example of Italian food again: two plates of the same pasta, say, a seafood linguini, made in the same way using the same cooking utensils and ingredients, might still ‘taste’ sufficiently different depending on whether they ate eaten al fresco at a table metres from the sea, or inside of a dark old rustic home on a hilltop 20 km inland with no view of the coast. Eating that dish with its shrimp, clams and mussels, al fresco as you inhale the sea breeze and watch and hear the waves lapping shore would likely make your meal taste more ‘fishy’ and fresh.

I remember back in the day when I used to shop for new music CDs at the HMV store, you could ask to sample the album at a listening station with headphones. I often found that new music which I sampled in-store, which I liked and then purchased, sounded very different when I later played it at home. Because of that I tended to return most new CDs I chose that way because it turned out that I didn’t really enjoy the music after all.

The same thing happens today when I hear a new song I like blaring at a bar or restaurant and then use the ‘Shazam’ app on my smartphone to identify and download it later at home: the song afterwards usually sounds unrecognizable and feels like a bit of a dud.

It may be the same song playing at both locations, but the context—where you are, who you’re with, your mood and state of mind, the sound system, and the room’s acoustics—might differ enough to change the overall experience of it.

So, what’s the takeaway?

Context is everything. Circumstances alter cases. Too often we equate one thing with another without considering the unobtrusive differences that might make them sufficiently different.

Many examples on a larger and more significant scale abound.