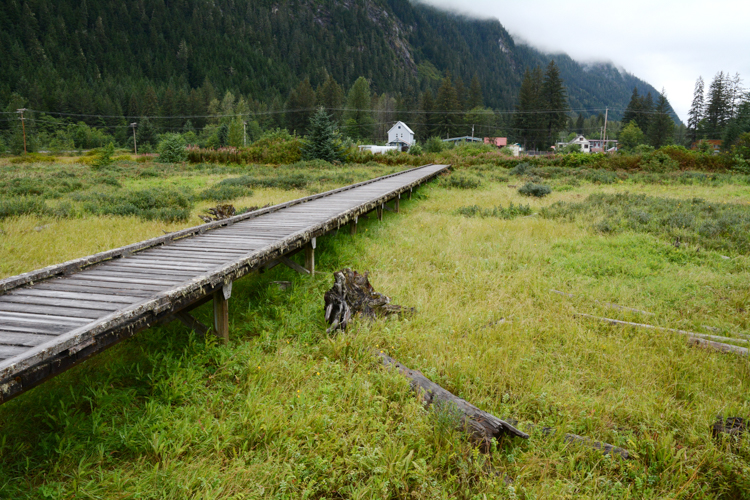 While on an assignment in Northern British Columbia, I was introduced to a group of people working for a mining company prospecting for gold. Like most big city people, I know very little about mining beyond the occasional bad press those corporations garner when they cut corners and cause damage to the environment.

The geologists and technicians took me on a tour of their small warehouse, showing me their collection of ‘core samples’ – cylinders of rock that have been cut with a diamond drill and then and extracted from below the ground. 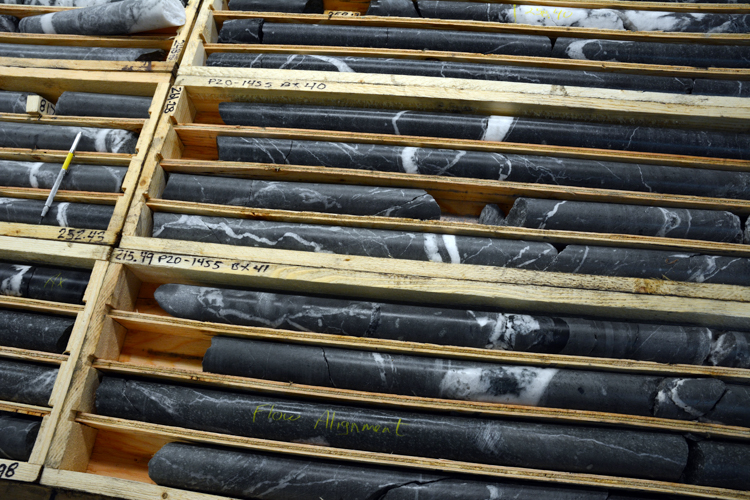 The samples are taken to find concentrations of gold in a given location. If enough of the metal turns up in the cores to justify the high cost of extracting it, a mining operation ensues. The below photo shows a core sample with trace amounts of gold, tiny flecks, in the rock on the top left edge of the core. 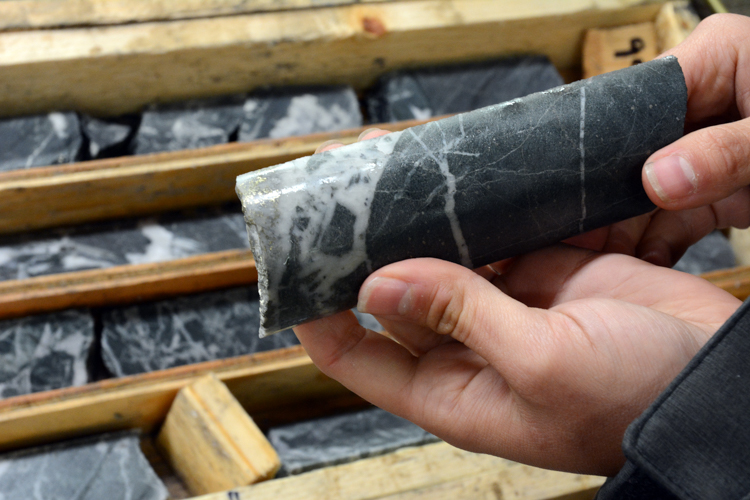 The mining company employees were nonchalant about their work, which they described as very regular and even mundane; not unlike how archaeologists sometimes demystify their undertakings to laypeople. But like archaeologists, I could discern the slightest sense of repressed excitement hanging in the air.

When I stepped back and looked at the whole picture and considered all of the physical, organizational and emotional effort going into finding and extracting a metal with little intrinsic worth beyond its human-endowed monetary value, the operation seemed a bit surreal.

As I was leaving, I asked a senior manager of the company what the next step was if, and when, they found enough gold to justify mining it. He told me that they would likely sell the claim to another company that would do the actual mining.

When I inquired as to what other locations they planned to prospect after hypothetically selling this location off, the man looked at me with a bit of surprise.

“Well, none,” he said, taken aback as if the answer were obvious. “The point of doing all this is that we hope to never have to work again.”