I recently went on a day trip from Bella Bella, British Columbia to nearby King Island, where I came upon a relic from an earlier time. I was exploring the mouth of a salmon creek near an old Heiltsuk First Nation village site when, in the afternoon, the receding tide on the beach revealed a number of traditional fish traps. 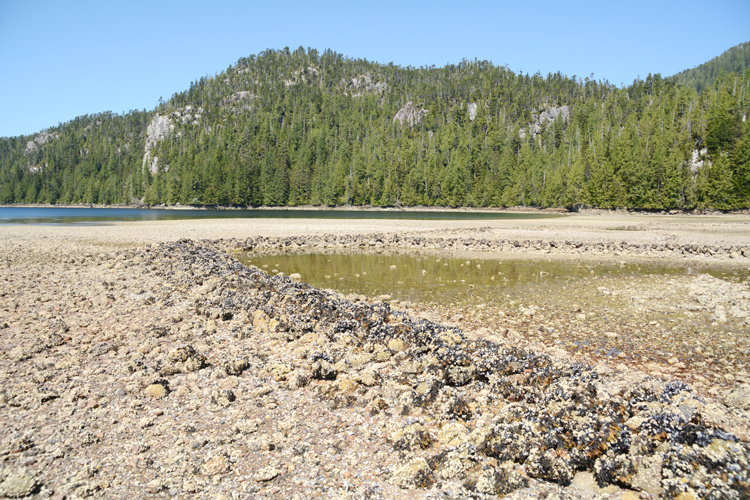 The traps, in this case piled stones arranged in a U-shape around 3 feet high, are an age-old method of catching fish, particularly salmon. Various types, each catered to its own environment and prey, have been found in coastal areas around the world. Many date back thousands of years.

The stone walls of this particular trap were built at a spot where they’d be submerged at high tide, but exposed at low-tide. As the tide began to roll out, the catchment area within the U-shape of the stone walls, facing inland, retained water. Any fish swimming there, unaware that the tide was receding, would eventually get trapped and be unable to escape.

In earlier epochs, salmon were more plentiful and returned to creeks and rivers in much larger numbers to spawn. At low-tide the fish traps would be teaming with them. But the inhabitants only selected certain salmon, and the amount they needed, before releasing the rest.