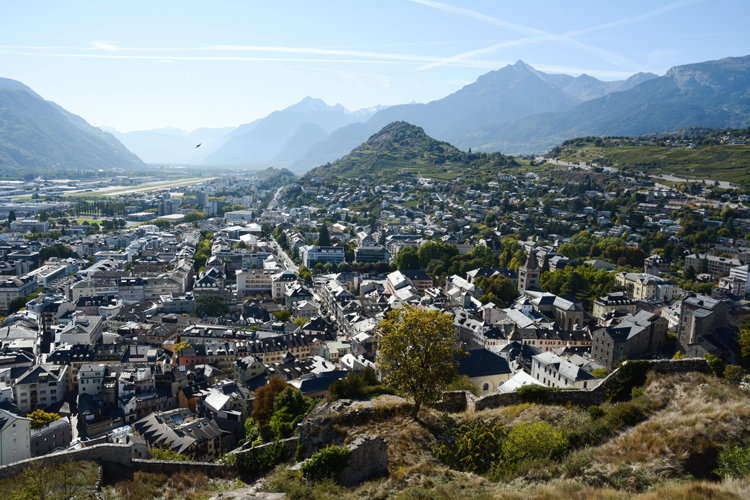 Last fall I visited the Valais region of Switzerland near the border of Italy to work on a magazine assignment about Swiss Wine. In the city of Sion, after one of many wine-tasting sessions and a light lunch of raclette, my local guide and I (both a bit tipsy) hiked down the mountainside towards our next destination in the centre of town. Along one of the main thoroughfares we came across a huge workers’ tent pitched atop a former parking lot. When I asked about the tent, my guide said it was the site of an archaeological dig and suggested we go look inside. 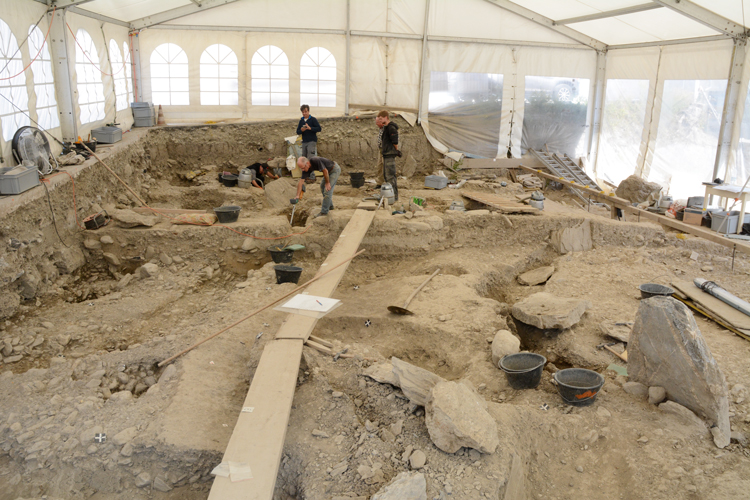 We discovered there a team of archaeologists digging up an Iron Age necropolis containing numerous graves. Flamur Dalloshi, the lead archaeologist from Albania, told us the burial ground dates from prehistoric times. But the skeletons of interest, he added, were from circa 1,000 B.C. 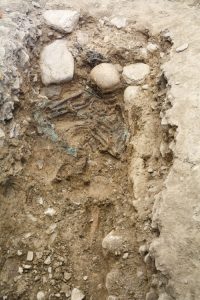 Several months earlier Dalloshi became a minor celebrity after unearthing the remains of a male warrior that was laid to rest with his weapons, a razor, pottery vessels and bronze jewellery. Most of the skeletons, he told us, belonged to women and children of the elite ruling class, leading him and his team to believe that the society may have been matriarchal.

He invited us to take a closer look a the remains still being excavated. If you look closely at this skeleton on the left, you can see bits of clothing and jewellery just behind the back of the skull – and to the left of the mid-section (a belt).

When I asked him what was the most surprising thing he’d discovered, he replied that in some graves his team had found pottery with hoses running into them extending upwards to the surface. It was so that the living could provide the dead with water in their eternal repose.