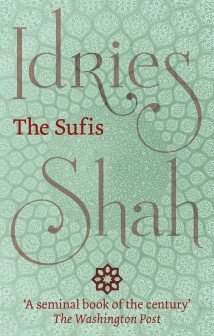 This past October marked the 50th anniversary of the publication of The Sufis, by the late Anglo-Afghan author and savant, Idries Shah.

Described by the Washington Post as “a seminal book of the century”, The Sufis overturns the clichés and misconceptions surrounding personal development and mysticism that were, and to a degree still are, current in Western culture.

The Sufi Way, Shah explains, is an age-old tradition of experiential knowledge. It is also an approach to living that is holistic and dynamic, and which eschews fixed thinking and narrow-mindedness.

Contrary to a systematized, one-size-fits-all discipline characteristic of popular approaches like zen or yoga (which Shah describes as the superseded husks of once living schools), the Sufi Way is varied. It is prescribed to meet the needs of the aspirant – and the culture and time in which he or she lives.

In that sense, the Sufi seeks to harmonize with a world that is ever-changing from moment to moment. Versatility of thought and action (responding in whichever way a situation requires) distinguishes the Sufi from others who have a conditioned agenda – and who try to bend the world to their ideas.

The genuine mystic, Shah says, who to all appearances is a regular person, flies in the face of our notions of the exotic spiritualist. Mysterious Eastern religions and their cultish off-shoots, in all their colourful, emoting fanfare, have wrongly imitated, and/or been equated with real wisdom traditions.

“Fool’s gold exists because there is real gold,” the 14th century poet and thinker Jallaludin Rumi once wrote.

Over the coming months, the Idries Shah Foundation is re-releasing the author’s body of works. The newly released edition of The Sufis is first among them. All of the titles, described as “templates in clear thinking,” serve as an effective counterpoint to the growing trend of dogma and fanaticism that is one of the hallmarks of our troubled age.

Media, cross-cultural observations, and riffs on the theme of perception.