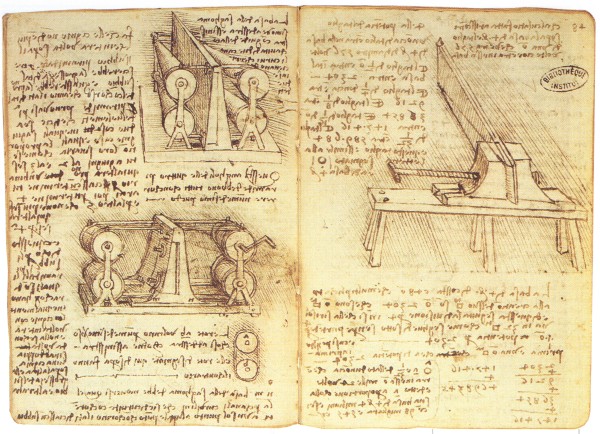 In 2003, anthropologist Wade Davis gave a TED presentation entitled Dreams from Endangered Cultures. The talk centred around the surviving knowledge of indigenous peoples increasingly at risk of being lost to the spreading mono-culture of the West.

Davis, an anthropologist and author, is also an ethnobotanist. He has spent years in Central and South America studying the relationship between indigenous peoples and the plant species they live among.

During his presentation, Davis talked about the psychoactive plant preparation known as ayahuasca – a brew ingested by shamen in areas of the Amazon Rainforest for divinatory purposes.

He tells us that the potion is made from a concoction of plants, and contains two main ingredients. The first is liana, a woody plant with a mildly hallucinogenic affect. The second, and more potent of the two, is Psychotria viridis, a shrub in the coffee family. This plant contains tryptamines, powerful psychoactive compounds, which when smoked or snuffed produce an intense intoxication marked by powerful visual imagery.

Davis likens the effect of certain tryptamines to “being shot out of a rifle barrel lined with baroque paintings and landing on a sea of electricity. It doesn’t create the distortion of reality, it creates the dissolution of reality.”

But here’s the catch: to be affective, tryptamines cannot be taken orally because they are rendered inactive by an enzyme in the gut called monoamine oxidase (MAO). They can be ingested only if taken in conjunction with another chemical that neutralizes MAO in the stomach (known as an MAO inhibitor)

It turns out that liana, the less potent of ayahuasca’s two main ingredients, contains beta-carbolines, which are MAO inhibitors of the type needed to allow the tryptamines to create their phantasmagoria of visual wonders.

For anyone fascinated by this unlikely coincidence, an obvious question arises. Davis articulates it:

“How, in a flora of 80,000 species of vascular plants, do these people find these two morphologically unrelated plants that when combined in this way, created a kind of biochemical version of the whole, being greater than the sum of the parts?”

Through trial and error? Unlikely, Davis suggests. In his book, The Lost Amazon Davis writes that the problem with trial and error is that botanical preparations are exceedingly complex (requiring additional experimentation) and take up too much time and energy to justify the too few successes they yield. There are also negative physical consequences to randomly ingesting many plants.

When Davis posed the question to the Indians, he got an altogether different answer.

“The plants talk to us,” they told him.

The indigenous peoples of the Amazon are not the only communities to have inherited some seemingly random or obscure knowledge. Occasionally, we hear of other cultural practices or accomplishments, often tied to ancient cultures, that make us wonder: How did these people uncover this fact? Or, where did that group get the idea to do that?

For instance, how did the ancient Dogon people of West Africa develop an advanced system of astronomy which knew the movements and characteristics of invisible, and nearly invisible celestial bodies without the use of instruments?

How ancient cultures moved and arrayed the massive stone blocks in their monumental architecture (i.e. – Pyramids of Giza, temple walls at Baalbek in Lebanon) continues to provide fodder for the wildest speculations. One also becomes puzzled how anyone could conceive and artistically execute with such precision the impossibly complex Islamic geometrical patterns that grace the interiors of some mosques built during the age of medieval Islam.

Fast forwarding to more recent times, many of our own great scientific discoveries don’t come from experimentation, but rather through sudden and often random flashes of insight – that come on the heels of an intellectual impasse and the accompanying mental exhaustion.

Where does information come from? is a question that has always bedeviled physicists – some of whom consider information to be the underlying energy tied to the origin of the universe.

All of this inspires the question:

Does information – potential knowledge – exist independently in the Universe? Can knowledge exist in a tangible form even if it is not yet conceived, or known by a single person?

For example, if it occurred to me suddenly, as the first person in ancient times, how to cut, move and lift 1,000 ton stone blocks, does it mean that I created that knowledge? Or did I simply access it, tap into something that was already there – because the information of all the relationships inherent in that operation had to simply exist? Perhaps in the same way that the information in DNA has to exist before biological forms can arise?

If I accessed it, then all information, all potential knowledge, must somehow be “out there”.

Perhaps the totality of knowledge resides “somewhere” – in a certain “place,” “dimension” or “storehouse” (for lack of a better word), where it can be accessed (downloaded) by individuals, either deliberately or by accident.

A fascinating book by two European psychologists address this, and other big picture questions facing science.

Posts on travel, culture and the way we see the world – and occasionally the interface in between.