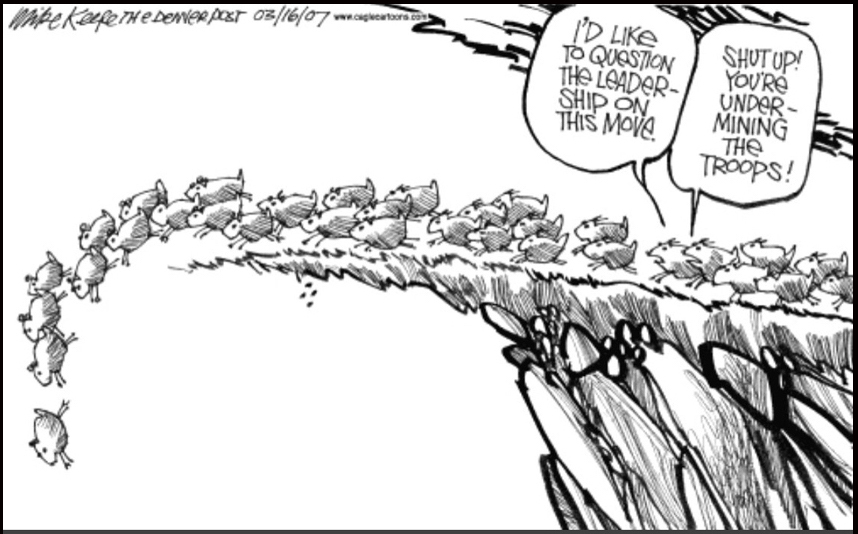 Many of our achievements stem from our special ability to band together and work in groups. By doing so we not only generate social dividends, but also enhance and magnify our effectiveness as individuals (for which the social benefits are likely an evolved incentive). Cooperation is how gargantuan pyramids get built and astronauts propel themselves to the moon and back—and how a million smaller successes are achieved.

But there is a serious paradox built into this usually-advantageous group dynamic: the collective, in its zeal for cohesion, can often stifle and predispose itself to mediocrity and failure.

The reason for this isn’t hard to grasp. Whether we are on the hunt, fighting a war or building a mega-structure, a high degree of group cohesion—a single-mindedness of purpose and action—is required for success. Too much disagreement and working at cross-purposes is counter-productive, which is why we both consciously and unconsciously seek out like-minded people and demand conformity in our groups. It’s hard-wired in us.

But that tendency, like anything else, can overreach with negative consequences. In excess, it can negate one of the greatest assets of any group: dissenting views and a diversity of perspective.

We’ve all seen or experienced this drive towards uniformity. Companies, organizations and other collectives tend to cherry-pick their recruits based on a certain ‘type.’ Once brought in, they are further homogenized through various pressures. Groupthink dynamics create a singularity of perspective. Dominance hierarchies and status considerations discourage the less influential from sharing dissenting views that might more accurately reflect reality and be beneficial for the group. 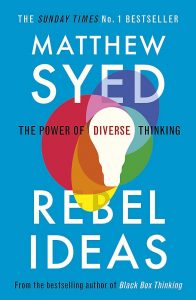 Matthew Syed, in his book Rebel Ideas, argues that these group dynamics can be deadly for organizations and companies as it creates monocultures and encourages myopic thinking that result in cognitive errors or mistakes.

Syed cites the failure of the CIA to predict the September 11 attacks and the bad team decisions at the heart of the disastrous 1996 Mount Everest climbing expedition made famous in Jon Krakauer’s book Into Thin Air.

He adds that mistakes that cost lives in both the healthcare and airline industries have occurred when subordinate staff were too intimidated to contradict their superiors who had made errors in judgment. Airline pilots and surgeons wield military-like authority over their juniors. I’ve also seen similarly poor outcomes result from discouragement of dissent during my time working as a television news writer and producer. The hard news business can be just as hierarchical and fanatically top-down in its decision-making as the most martially-structured collective.

So, what is the takeaway from this?

Syed says groups can avoid the crippling damage that this myopia can cause by actively seeking and building what he calls “cognitive diversity.” He defines this as group diversity marked by differences in perspective, experiences and thinking styles among its members. When diversity in a group is embraced and encouraged, it results in a kind of easygoing natural feedback, “rebel ideas,” which provide a wider range of options for the collective for seeing the world and navigating it.

“Groups that contain diverse views have a huge, often decisive, advantage,” he writes. Those collectives tend to make far better decisions resulting from seeing a the bigger picture, while still retaining the necessary cohesion, leadership and hierarchy required to effectively channel its energy to get things done.