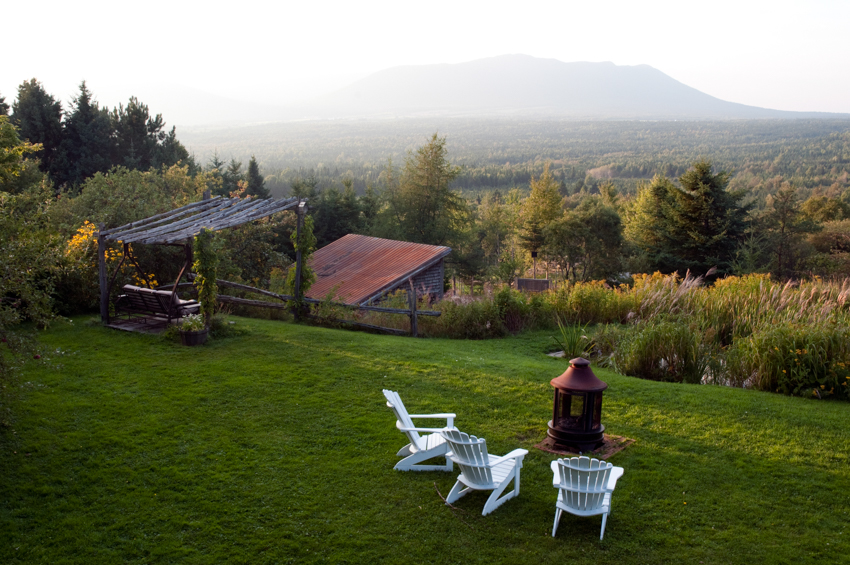 As a longtime traveller to far-flung places, I’ve had few occasions to stay in a proper bed-and-breakfast. Tents, cabins and the homes of welcoming locals are all forms of shelter used by those of us who wander the lonely edges of the world. Traditional B&B’s, especially those of the Little House on the Prairie variety, seldom materialize on such journeys.

But on a recent foray into the overgrown fringes of Quebec’s Eastern townships, I stumbled upon one. And it was hard to avert my gaze. This Appalachian guest house described itself as a gîte gourmand (a gourmet inn) and came recommended for its exceptional cuisine. I have a weakness for good food – as much, or more, than the glorious pain of roughing it. So my travel partner and I threw our cumbersome pretensions of adventure to the wind and checked into the place for a few days of R&R. 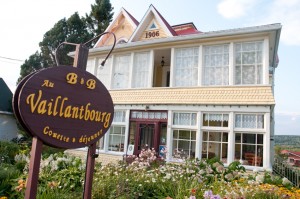 The B&B is called “Au Vaillantburg” and is set in a large 19th century home located in the rugged hinterland on Quebec’s southern border with the United States. Parc Nationale du Mont-Mégantic – a conservancy containing a crater-shaped ring of mountains that’s home to rivers and ancient forests – lies a few kilometres north. South, towards the border, an almost road-less expanse of verdant Appalachians stretches into seeming infinity. When arriving, one feels cast upon the edges of some long overlooked landscape. The name of the town where the B&B is situated, Notre Dame des Bois (Our Lady of the Woods), is testament to the area’s frontier nature – which it retains.

Au Vaillantburg is owned and run by a married couple: Francois Belgiorno and Melanie Champoux. After purchasing the building as a live-in home almost a decade ago, the couple soon tired of the long commutes to and from work, in Sherbrooke. The only acceptable – and happy – solution was to turn their home into a full-time B&B. For Melanie, who’d always been interested in gastronomy, the decision to go the B&B route allowed her to realize a long held dream: to become a self-taught chef. She spent the next two years in a self-directed apprenticeship, finding the best local food growers and experimenting with new recipes. Her cooking is now a cornerstone of the Au Vaillantburg experience.

Melanie’s multi-course meals are generous, inventive and flavourful. In warmer months, they can be taken on the B&B’s elevated back patio overlooking Mont-Mégantic. Every evening we were served a menagerie of unique creations using entirely local ingredients. 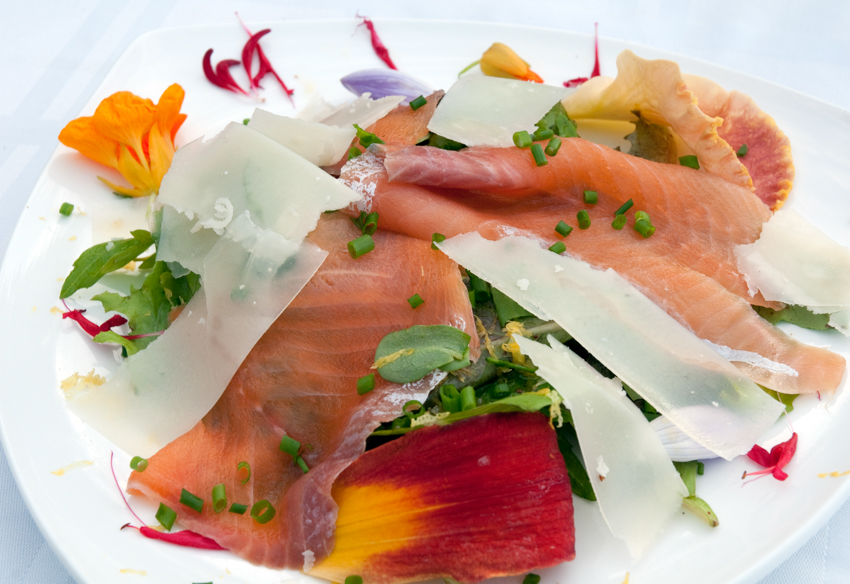 Dinner on our first night started off with a smoked trout salad with edible flowers, a perennial lettuce called pourpier, and Pioneer cheese (half sheep, half cow). 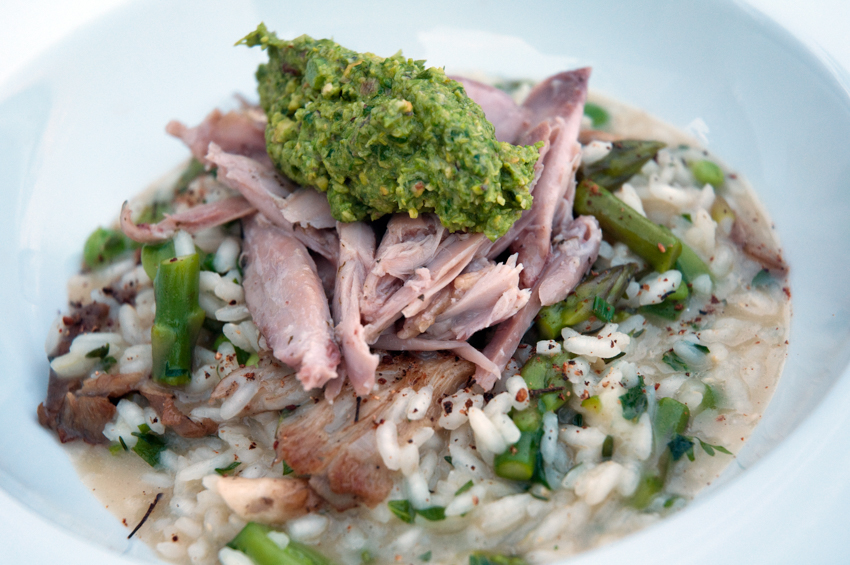 The main course was a rabbit, wild mushroom and asparagus risotto. It contained sweet peas, Alfred cheese and was topped with a dollop of pesto made with pistachio and rapini. That was followed by an immaculately concocted vanilla crème brûlée served with a potent, but velvety smooth, shot of espresso.

Make no mistake, Melanie’s cooking is brilliant. But as good as it is, Au Vaillantburg has an equally compelling draw: its close proximity to wilderness.

The B&B’s location makes it a pied-a-terre par-excellance for outdoors types. The region’s 6 to 7 metres of winter snowfall draws snowshoe and cross-country ski afficionados from across the Townships. In warmer months, visitors can follow a web of hiking trails through thick, moss-covered forests in Mont-Mégantic Park. With the region around the park being an International Dark Sky Reserve, cloudless nights offer astounding views of the heavens. Mont-Mégantic Observatory, which sits perched atop its namesake, is open to visitors throughout the summer months.

For those looking to get further into the bush, nearby Mont Gosford Park, straddling the border with Maine, offers more rugged hiking trails and an even greater feel of remoteness. The Appalachian wilderness extending from, and beyond, the park’s southern flank is known for its rich and varied wildlife. It’s reminiscent of parts of British Columbia, with its lofty mist-draped mountains, occasional logging trucks, and isolated small-town feel.

After a day wearing in your hiking boots, return to the B&B for an artisanal feast followed by an evening backyard jaunt to view a sky blanketed  stars. Nothing wrong with a little break, now and then, from the tent and the freeze-dried biscuits and gravy.

This story ran in the online travel blog Eat Drink Travel, on March 24, 2015.