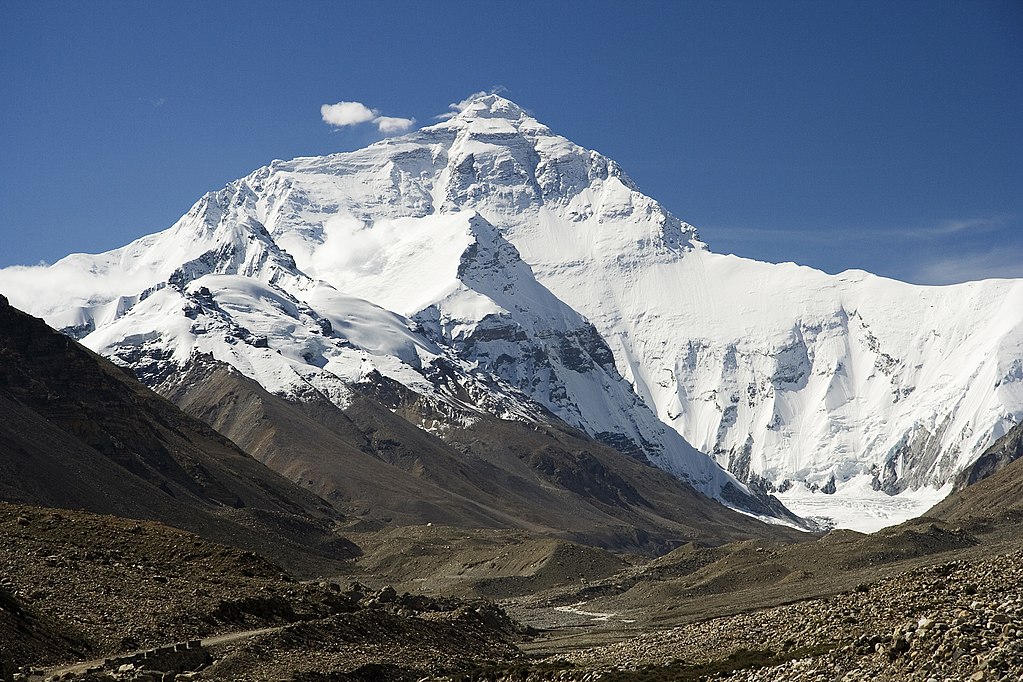 Daniel C. Taylor on the Search for the Yeti 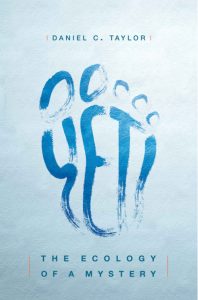 In 1951, British explorer Eric Shipton and his climbing team came across a set of mysterious snow tracks on Menlung Glacier, along the Nepal-Tibet border near Mount Everest. Shipton’s Sherpa colleague, Shen Tensing, told him that the tracks, which resembled a human footprint with a very large toe, belonged to a “Yeti” – a hair-covered creature he had once seen, a hybrid of man and beast. The British climber quickly became convinced.

Upon his return to London, Shipton released his best photograph of the tracks to the London Times, which created a worldwide sensation. The iconic black-and-white picture, taken with an ice axe for scale, seemed to confirm rumours going back to the 19th century about the existence of a Himalayan wildman known to westerners as “the Abominable Snowman.” In the decades to follow, a steady stream of foreigners took up the quest to find the elusive creatures, often to little avail.

One of those drawn to the mystery of the Yeti is the American scholar and conservationist, Daniel C. Taylor. In 2017, Taylor, the President of Future Generations University, published a book entitled, Yeti: The Ecology of a Mystery (Oxford University Press), which chronicles his 60 year quest to understand the Yeti phenomenon. Taylor is convinced that reports of the Yeti, and its tracks, including the 1951 Shipton prints, can be attributed to Ursus thibetanus, the Asiatic black bear.

“Yet, the enigma continues,” writes Taylor in his book, “for the Yeti has a second identity that is more than a bear. This is a mascot that walks the world only loosely tied to the Himalaya. What is extraordinary about this reality is that it lives not in the snows but in human desire.”

Fascinated with this subject, after grappling for years with my own book about the North American Sasquatch, I reached out Taylor to find out more about his journey.

How did you become embroiled in this topic of the Yeti? When did it first grab you in earnest?

As a kid of eleven, I saw a photograph of a footprint in the newspaper in India. The accompanying article had a curator from British Museum saying the footprint was made by langur monkeys — but others were claiming it was the Yeti. I knew it was not langurs — they lived around our house in the Himalaya. So, what was a Yeti?  I started reading. Then I started searching.

You travelled extensively across time and space investigating this phenomenon. Give me an idea of just how thorough this search was? Where exactly did you go? And how remotely did you penetrate?

First, I searched near-by valleys, then over decades essentially the whole Himalaya: India, Nepal, Bhutan, Tibet/China.  I was a climber then, so I went to really remote valleys. Because I knew how to live off the land, I could travel at a very low cost. My parents believed I would learn much from being out-of-school, so they gave me a wide leash. Then I worked for the U.S. State Department’s family planning program in Nepal and had a helicopter — and that gave me wings.

What did the local residents in the places that you visited tell you about this creature?

Only Sherpas speak of the Yeti. Across the Himalaya there are reports of “wild men of the jungle.” They have various names and widely differing stories. But in the Sherpa region extending to Sikkim there kept coming photographs of footprints. They looked hominoid. Sherpa descriptions also varied — dangerous, not dangerous, strange eating habits, seldom attacking humans, feet on backwards, big breasts, etc.  The Bhutanese had a similar animal to the Yeti, but they did not call it Yeti. It was considered dangerous, though.

When were you first struck with the realization that the Yeti might in fact be a bear? Subsequently, when did you become personally convinced?

The explanation that many of the footprints were bear-made began in the 1930s. The big mystery circled around the 1951 Shipton footprint, and then several others of which there were good photos, such as the Cronin-McNeely track in 1972.  I was aware of the bear possibility.

When I found a set of footprints in the Barun Valley of Nepal in 1983 that were Yeti-like (not my first finding), and I was able to connect them to a bear, the mystery took on an added layer of puzzlement. Villages claimed that there were two bears in the area (a tree and ground species) where Science said only one existed. An intriguing possibility then arose — not that the Yeti was a hominoid, but that Yeti was a tree-living bear that had primate-like paws.

The New Zealand climber Edmund Hillary also studied this topic. What did he find out?

Ed was a friend. He spent a year in Solu Khumbu near Everest answering a number of questions — and there is no doubt his expedition’s sponsors wanted him to find the Yeti. Until the late 1950s, he believed the existence of the Yeti was likely. After his year in the field, he changed his opinion. He concluded the Yeti was a Sherpa legend, one they fervently believed. He even suggested that the 1951 tracks find was an intentional hoax. Having talked with him about it, I think it was a guess he made later in life.

One compelling revelation in your book that lends weight to the bear thesis was your discovery of a previously unseen footprint photograph from the famous Eric Shipton Himalayan expedition of 1951. That trip produced another famous footprint photo that sparked the worldwide Yeti craze. Tell us about that.

Yes, I was shocked to make that find. I believe that had both photos been circulated, others would have spotted the evidence that I saw in the iconic picture: evidence of bear claw marks. Was the withholding of the second print an intentional scam?  I sorely doubt that. It is a much less interesting photo, which is why it was not published. But when I saw the picture, it was hugely interesting to me for reasons I describe in my book.

What were some of the takeaways from this journey beyond what you learned about the Yeti?

Had the Yeti been explained earlier, and had I not spent decades searching for it, then I would not have found the splendid wilds of the Barun Valley — and begun my career of creating major nature preserves and parks that pioneered a new conservation strategy based in partnership with local people and using exiting political systems (rather than set-aside conservation systems). Because of a wild man mystery, an approach was discovered that was more important than that mystery: how people, now domesticated, can protect the receding wild.

Does your conclusion about the Yeti influence your views about the possible existence of an unclassified primate in North America, namely what people call ‘Bigfoot’ or ‘Sasquatch’?

Many Yetis exist — footprint makers, makers of human desire, representations in legend. Does Santa Claus exist? — YES, emphatically. Does Mozart’s Birdman exist? — yes, quite eloquently. Does Sasquatch exist? — yes, in the desire of many people for a connection to the wild. This connection makes the wild real to people. That connection exists. Evidence for that connection comes in many forms, one of which is people dressed in gorilla suits. For existence, what level of reality is shaping your sense of the real?  Is the Hindu god, Hanuman, real — yes, he carries a religion just like he carried the magic mountain to Sri Lanka.

How has your book been received by cryptozoologists and other man-like monster hunters?

They don’t like it – I have several very critical reviews. I believe in cryptozoology, for there are many mysteries to be solved. But we will solve them by using good science.

Daniel C. Taylor is an American scholar, conservationist, and the President of Future Generations University in Franklin, West Virginia. He is the author of several academic books including, Yeti: The Ecology of a Mystery (Oxford University Press) and Just and Lasting Change: When Communities Own Their Futures (Johns Hopkins University Press).

Interviews and articles that touch on the theme of exploration.