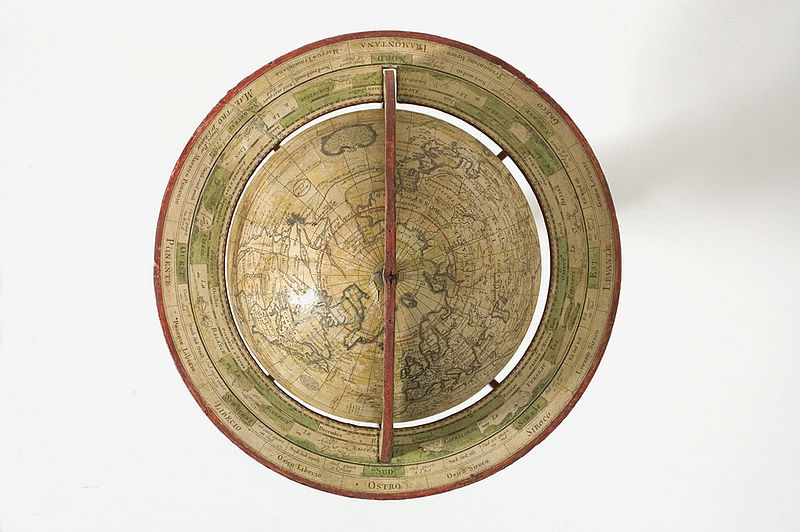 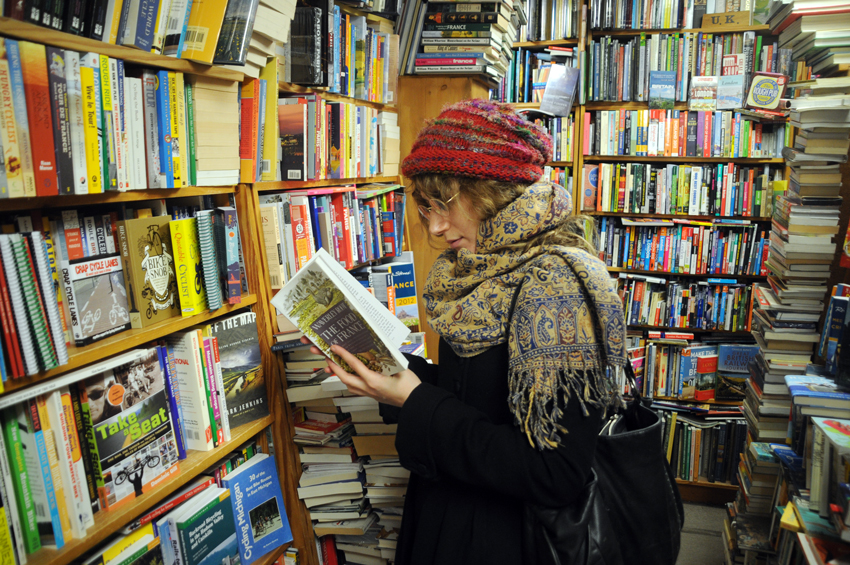 For decades a small indie bookstore has been operating, virtually in secret, beneath the corporate hustle of Toronto’s downtown core. “Open Air Books and Maps” is a quirky and clandestine establishment located in a basement-level nook at the corner of Adelaide and Toronto streets. Since 1976, this cramped and largely unannounced subterranean haunt has been selling maps and books on travel, nature and the outdoors. And, as anyone lucky enough to have stumbled upon it can testify, the store is a universe unto itself.

Walking in for the first-time can be a bit like finding buried treasure. A tsunami of books, unlike anything ever seen or experienced, greets the stunned visitor. Shelves heaving beyond capacity, and double-parked with colorful titles, fill aisles narrowed by pinnacles of stacked books (plucking one out of the precariously balanced piles with anything less than strategic precision would trigger a catastrophic bookslide). Maps of every size, scale, and detail, covering all corners of the globe, form an unrivalled collection and add to the jungle-like atmosphere. Other offerings in the form of inflatable globes, blindfolds for sleeping, Moleskins, and Canadian flags for backpackers taunt domestically in situ browsers.

This bookstore is a labyrinthine and borderless realm whose sections overlap and meld haphazardly into one another other. 30 of the Best Bike Routes of Eastern Michigan stands sentry atop a towering section on cycling. Nearby, are two whole shelves each containing possibly every guidebook ever written about the UK and France. In another zone, language dictionaries pay homage the phonetics of little heard tongues. English translation dictionaries for Azerbaijani, Pashto, Uzbek, Tajik, Basque, Bosnian, Marathi, and Wolof await their future owners with a Bodhisattva patience. And barely three strides away A Street Atlas of Bali rests in the shadow of a Himalayan mountain of books on Central and South Asia that teems with the accounts of explorers and includes, among others, several works on Francis Younghusband’s 1904 invasion of Tibet.

For lovers of travel – and related genres – the options here are bewildering. One is left somehow stunned: caught between the euphoria and melancholy born of endless variety. And then the inevitable question arises: Is the name of this cluttered basement a deliberate misnomer – or the complete opposite? For this bookstore presents itself like some chaotic interior ordering of the natural world.

One is reminded of Jorge Luis Borges’ Library of Babel, in which the author conceives of a universe in the form of an infinite library containing all possible works. That same flavour of infinity exists at Open Air Books and Maps – not in its outer dimensions, as with the Library of Babel, but in its interior density: in that mass repository of documents, the illuminated detritus of discovery, born of humankind’s quest to know its environment, and itself.

The supreme ruler of this vast realm is a soft-spoken gentleman who presides quietly, though omnisciently, from his bunker of books and travel knickknacks. Owner Jeff Axler, a veritable travel oracle, will dispense advice, track down hidden titles, and generally help guide visitors through the cascading ranges of books.

It is somehow fitting, and also a blessing, that in a city and society like ours – whose values increasingly centre on the hoarding of information and non-stop work – that a store like this should exist. For what could be more valuable than a true dimensional portal, an escape hatch, and an inspiration to help one make good on schemes to pursue something real?

This review first appeared in the March 13th, 2012 post of  Chirograph, the blog of The Toronto Review of Books.  In March of 2016 Open Air Books and Maps closed its doors.