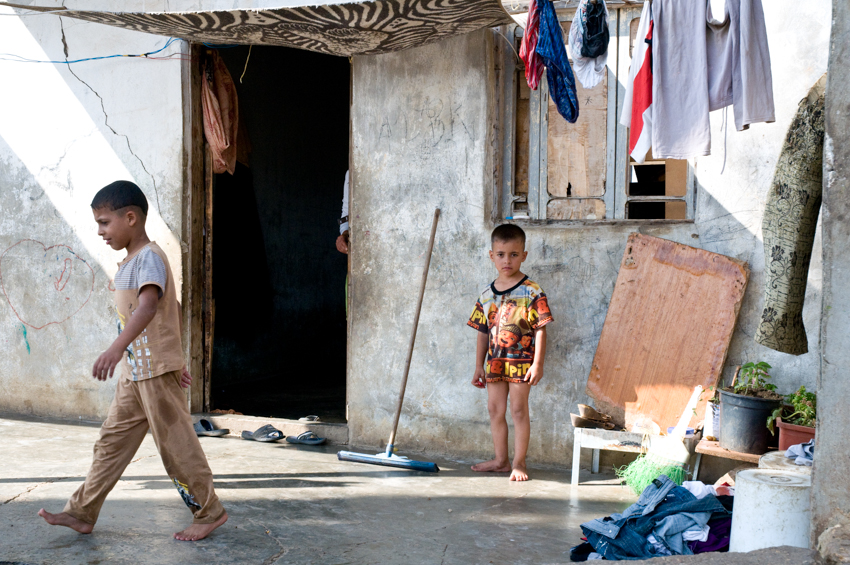 Descending the winding road through hills of scrub brush into Lebanon’s region of Wadi Khaled, one encounters a number of oddities absent in other towns along the way: makeshift tent villages, mobs of dishevelled children, and a palpable sense of morose apprehension visible in the body language of local residents.

Situated at the northernmost tip of Lebanon and surrounded by the Syrian border on three sides, Wadi Khaled has found itself with a front-row view of Syria’s insurrection. Scores of Syrians escaping the fighting have fled to the area, finding a sanctuary that is both tenuous and problematic. Along with the besieged city of Homs, and other contested Syrian towns within earshot, this fertile and once lively border region now lies on the doorstep of a vicious and unrelenting armed conflict.

During the last few months the area has been subjected to intermittent shelling and mortar fire by the Syrian military, which says it is trying to interdict Syrian rebels operating in the area. Several Lebanese citizens have been killed and dozens wounded in those attacks. Border incursions by Syrian troops, the abduction of locals, and the buzzing of towns by aircraft have added to the sense of growing volatility. Numerous families have fled their homes to areas farther from the border, fearing that the Syrian army will eventually invade.

“There are incidents here almost every night,” says Umm Mohammed, a Syrian refugee and mother of 13 children who is being sheltered by a Lebanese family in the village of Bani Sakhr. The tiny, dust-blown settlement of concrete huts sits just metres from the border.

“The other day the jets attacked the fortress,” she said, pointing to the 11th-century crusader castle of Krak Des Chevaliers, which is visible atop a high hill over the border. According to Mohammed, it was the third time the UNESCO-designated keep, one of the best-preserved medieval castles in the world, had been strafed by Syrian aircraft.

The Syrian government alleges that Wadi Khaled and other areas of North Lebanon are being used as a regrouping and staging ground for the rebel operations. It has called on Lebanon’s government to clamp down on illegal cross-border activity. In turn, politicians in Lebanon have demanded that Damascus halt the violations of its border. Anti-Assad voices in the government say that Syria is trying to destabilize Lebanon and have called for the deployment of United Nations peacekeepers along the volatile border.

North Lebanon, and its main city of Tripoli, has long been a bastion of Sunni power. Conservative, impoverished, and neglected by the central government, this rugged and mostly rural region has thrown its lot in with Syria’s rebel militias, which are largely made up of Sunni fighters. Anti-regime rebels are said to be using the area to smuggle weapons to their colleagues in Homs and surrounding areas.

But Syria’s opposition militias are not the only ones that have benefited from the affinities between the two regions. Close kinship ties between villages and families on both sides of the border have meant that many Syrian refugees fleeing the fighting have found shelter in the homes of local Lebanese.

Umm Mohammed, who escaped from the town of Talbisa just north of Homs with her children after her neighbourhood was razed by the Syrian army and her husband taken captive, went directly to Wadi Khaled, where she knew she would be hosted by relatives.

She says that despite the crowded living conditions and being within dangerous proximity to the skirmishing around the border, she would much rather be in Bani Sakhr than sheltering in tents farther south, or begging on the street in Tripoli.

“Anyway, what choice do we have?” she asks. “Who else would look after all of these children? At least we’re among family and friends here, and have a hard roof over our heads.”

The United Nations Office of the High Commissioner for Refugees says that of the more than 250,000 refugees that have fled Syria to date, more than 70,000 have taken refuge in Lebanon. Roughly half of that number is residing in the northern part of the country. As is seen in Wadi Khaled, and as is born out by the story of Umm Mohammed and others, three quarters of those refugees are women and children. 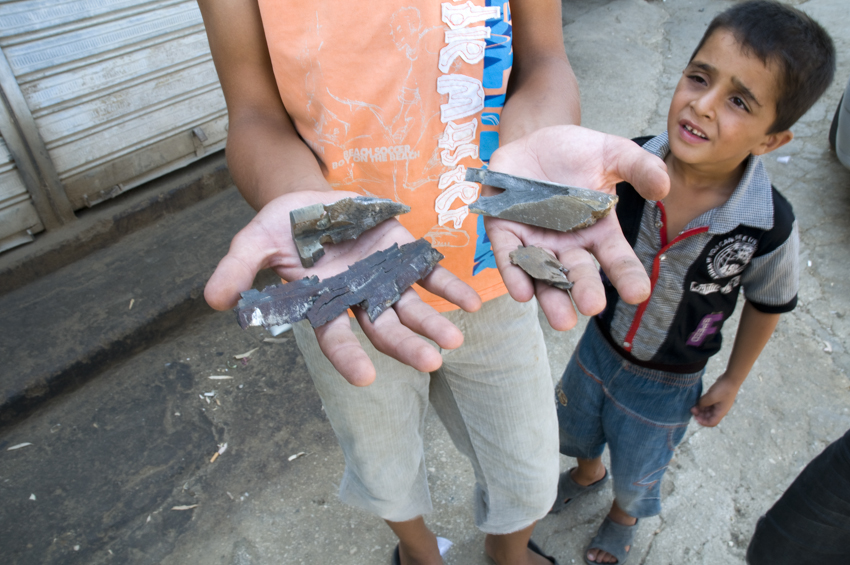 The activity of those children constitutes most of the liveliness in Wadi Khaled. Once buzzing with cross-border traffic and trade, the borders have now taken on an eerie stillness, broken only by the playful shouts of Lebanese and Syrian children playing along the main road, and in farmers’ fields. With little more to do than explore their surroundings and listen to the daily political talk and gossip of adults, most of the young Syrians have become authorities on the local border situation.

“The shooting usually happens late at night, and at certain times,” says 16-year-old Ghaith, who comes from the western Syrian town of Tell Kalakh. “But once in a while the Syrians will also shoot during the day. It’s most dangerous when we go into town and come back with goods and groceries.”

After revealing more details about a recent episode of shelling, Ghaith runs into a house and emerges with a box of collected shrapnel from exploded shells. He says that other young people in his village have their own small collections.

Just then another child steps forward to share her knowledge.

“Do you see the Lebanese soldiers there?” asks 10-year old Yammama, who fled the Baba Amr district of Homs. She points at two armoured personnel carriers sitting behind barbed wire near the border. “They just stay there all day and do nothing. The Lebanese army is weak. They can’t do anything to protect us.”

But Umm Mohammed, who smiles at the comments of the children, suggests that the impotence of the Lebanese military has little relevance.

“It doesn’t matter. There are other people working day and night for our freedom. And it will come like lighting. When it does, Bashar and his people will suddenly taste what we’re feeling now — and even worse. God is just.”